Nadine’s team is running for Martin 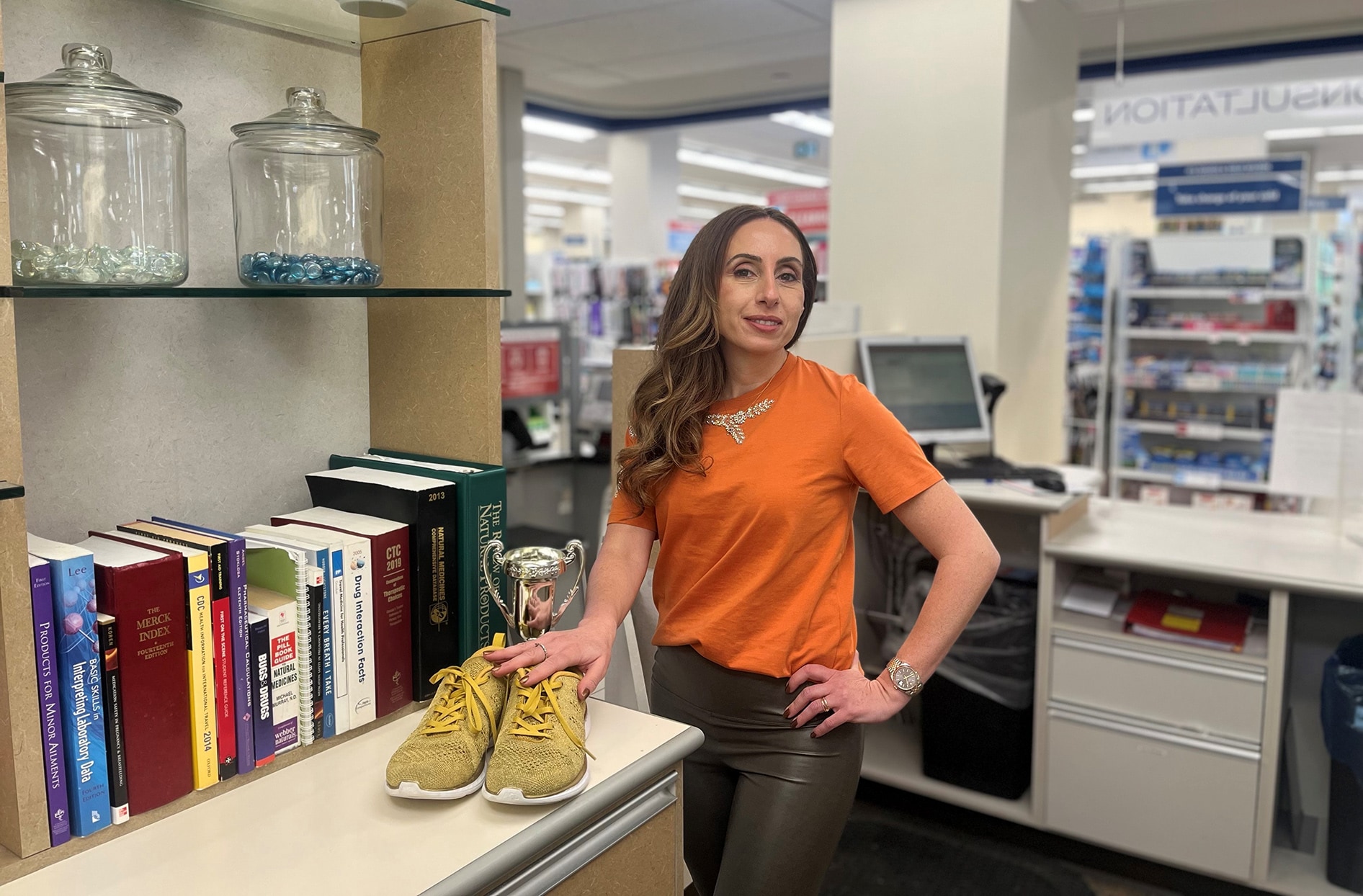 They called him Mr. Dior, Nadine Abou-Kheir recalls fondly. “Whenever we look over at the make-up counter, we remember Martin; the brushes were his brushes."

In 2020, at the start of the pandemic, Martin, an employee at Nadine’s store, tragically died by suicide. Nadine, Associate-owner at a Calgary Shoppers Drug Mart®, and her employees were understandably in shock.

“We couldn’t believe what had happened. We asked ourselves: how could we have prevented this? We felt guilty; had we missed anything?,” she shares.

Since his passing, Nadine and the team at her store have made it their mission to honour Martin’s memory by raising money to support mental health services through the LOVE YOU by Shoppers Drug MartTMRun for Women. “We run for him, to help spread awareness about the importance of mental health so this hopefully doesn’t happen to another Martin,” she says.

While the store participated in the initiative before 2020, the nature of Martin’s death really inspired the store’s employees to get more involved. “After this incident, the run took on a different meaning. We used to be under 10 team members, mostly from one department, but now we’re over 20 people from across all departments.”

At the beginning of the annual run/walk event, which takes place in cities across Canada every May and June, Nadine’s team, the Core Dreamers, take a few minutes to remember their friend and to talk about him. Talking is important, she adds. “It’s OK not to feel 100%, but please seek help.”

After Martin’s death, counsellors were made available to any of the store’s employees who were struggling. “We also learned how to check up on one another, to take better care and ask more questions,” Nadine says.

Though the Shoppers event was developed to raise money for women’s mental health services, Nadine, who is also a pharmacist, is quick to point out that mental health has no age or gender. “It hits everywhere,” she says. “Mental health is a silent killer; it kills you from the inside and the symptoms can be so hard to see. We are fortunate to have mental health support through Shoppers, but not everyone has that luxury.”

The 2022 LOVE YOU by Shoppers Drug Mart Run for Women is being held in 18 cities from coast to coast, with the first racetaking placeon May 7 in Vancouver, BC. Want to show your support and join in? Go to runforwomen.ca for more information and to sign up.

If you or someone you know is in crisis or considering suicide, confidential support is available 24 hours a day, 7 days a week by way of the Canada Suicide Prevention Service (833-456-4566) or the Employee and Family Assistance Program (1-800-743-5949).