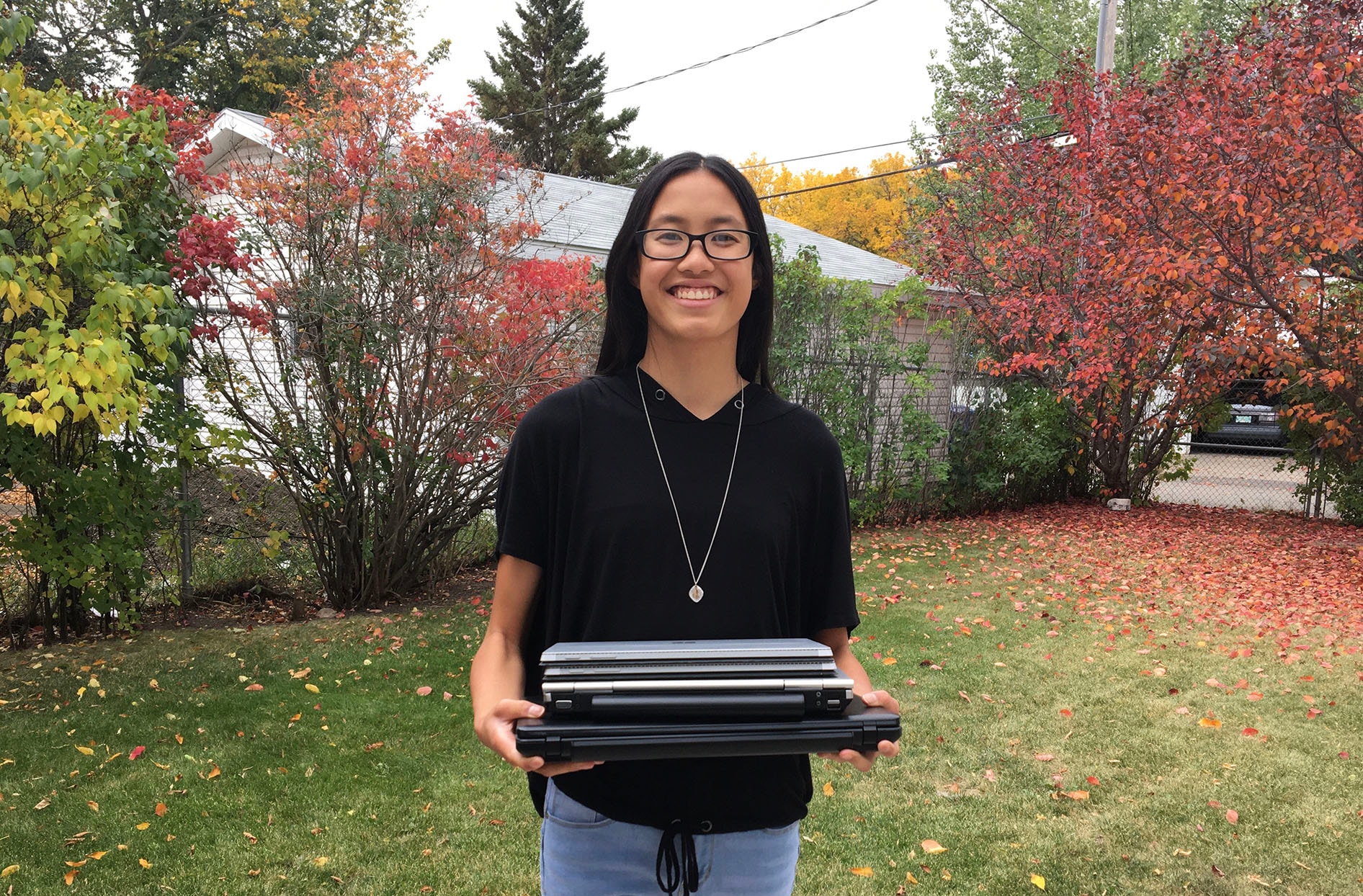 Seventeen-year-old Emily McCreery knows the challenge many students faced when schools shut down due to COVID-19 and classes moved online. “It was hard to do schoolwork via Zoom,” says the Regina, SK resident, who is entering grade 12 this fall and works part-time as a cashier at Shoppers Drug Mart®. But Emily realized that for students who don’t have access to reliable technology at home, in particular laptops, it was even harder.

To address that disparity, Emily started Laptops For Kids, an initiative that collects laptops from members in the community, refurbishes them and distributes them to those in need, with the help of community organizations and school boards. Since launching in August 2020, she has helped provide more than 85 devices to students across Regina.

Though Emily has been volunteering since she was a young teen — she’s clocked over 500 hours in the past couple of years — Laptops For Kids is the first initiative she’s started on her own.

“It’s been a huge learning experience; it’s been so good for me to learn how to communicate and show leadership skills.”

Emily, who is thinking of pursuing a business degree post-graduation, credits her parents for helping her to get Laptops For Kids off the ground. “They had the contacts and knew who to email.” She also personally reached out to people and groups who could provide the devices, set up social media platforms to promote the initiative and connected with Computers for Schools Saskatchewan to service the laptops and update their software.

Though Laptops For Kids doesn’t distribute the laptops directly to students, Emily still knows that her work is having an impact.

“I’ll get text messages and pictures from recipients receiving their laptops.”

One of the organization’s first beneficiaries was a set of twins. COVID-19 was particularly difficult for them because one of them is immunocompromised. Emily remembers seeing a message from their father saying they felt super blessed.

“This confirmed to me that what I was doing was a great cause and drove me to help more,” she says.

Emily, who received the Young Women of Distinction Award from YWCA Regina in May for her efforts, says she hopes to continue Laptops For Kids for as long as there is a need. “It’s always been in my heart to give back. It just takes one person to make a difference, big or small.”